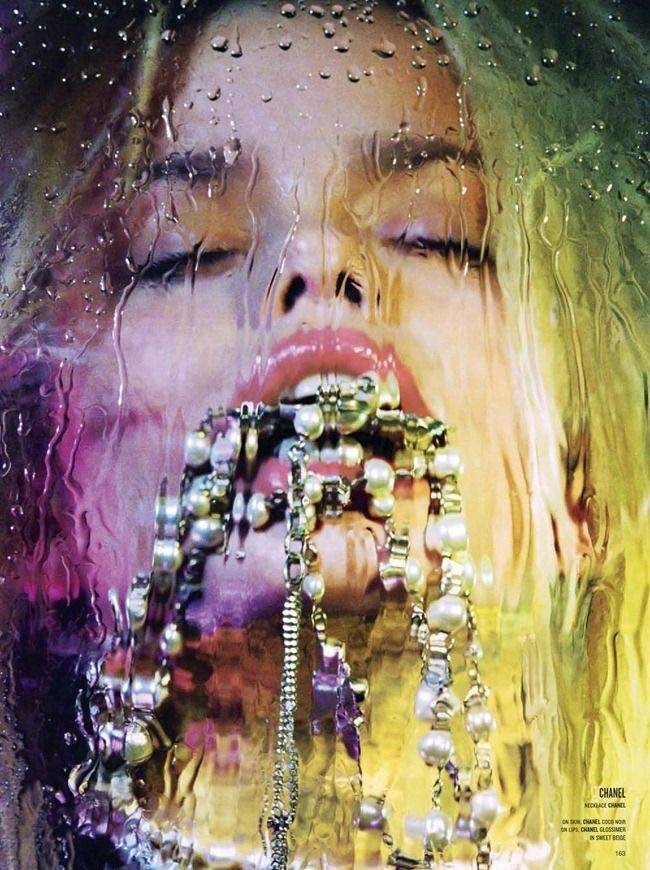 Minter has been the subject of numerous solo exhibitions including the San Francisco Museum of Modern Art in 2005, the Center for Contemporary Art, Cincinnati, OH in 2009, La Conservera, Centro de Arte Contemporáneo, Ceutí/Murcia, Spain in 2009, the Museum of Contemporary Art, Cleveland, OH in 2010, and the Deichtorhallen in Hamburg, Germany in 2011. Her video Green Pink Caviar was exhibited in the lobby of the MoMA in 2010 for over a year, and was also shown on digital billboards on Sunset Boulevard in L.A. and the Creative Time MTV billboard in Times Square, New York. Minter’s work has been included in numerous group exhibitions in museums all over the world.  In 2006, Marilyn Minter was included in the Whitney Biennial, and in collaboration with Creative Time she installed billboards all over Chelsea in New York City. In 2013, Minter was featured in “Riotous Baroque,” an exhibition that originated at the Kunsthaus Zürich and traveled to the Guggenheim Bilbao.  In 2015, Minter’s retrospective Pretty/Dirty opened at the Contemporary Arts Museum, Houston, TX. Pretty/Dirty and then traveled to Museum of Contemporary Art Denver. The exhibition will continue on to the Orange Country Museum of Art and the Brooklyn Museum in 2016. Minter is represented by Salon 94, New York, Regen Projects, Los Angeles, and Baldwin Gallery, Aspen.